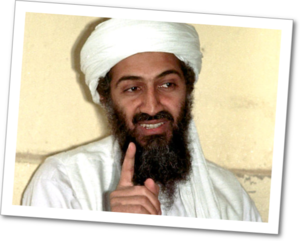 The old adage “a picture is worth a thousand words” has been around since at least the ’20s–according to Wikipedia–and it’s just as true today as it was then. The phrase refers to our ability to absorb information faster in a visual mode than in a reading mode. Perhaps this has something to do with the fact that all living creatures are born with the ability to see and to recognize (to varying degrees), but humans’ ability to write is something that we created.

As photographers, we are acutely aware of the truth in that statement. If you had to describe just one of your photographs in enough detail for someone else to draw it, which only touches the very mechanical surface of the depth of content that a photograph can represent, it would certainly take thousands of words. But never was this statement more demonstrably true than this month, May of 2011.

I don’t usually write about current events outside of the photography trade, but in this case I will make an exception because it has significant relevance to us. Only days ago, American special forces raided a compound in Pakistan and killed Osama bin Laden, the man responsible for the 9/11 terrorist attacks on the World Trade Center towers and for countless other acts of terrorism around the globe.

When the military undertakes an operation like this they are very careful to document everything and this case was no exception. It is now well known that at least one gruesome photograph of a shot-in-the-head Osama bin Laden exists, but such a photograph has not been released, under any circumstances or terms, to anyone.

More is shown of the true power of the photograph by this particular photograph’s absence than would ever have been shown by its release.

The Obama administration is acutely aware of what could happen if people were shown this “incendiary image,” as journalist Sean O’Hagan described it in The Guardian last Friday. By every measurement, this type of documentary recording is an area where the photograph has always held at least an assumed power, though the public may not give it much thought. This power is what keeps photojournalists in business and they hone their craft to amplify its effects. Still, if there is any greater moral to this story, it is that photography is a truly influential medium and there could be no higher calling than to use its emotional and instructive abilities for good.