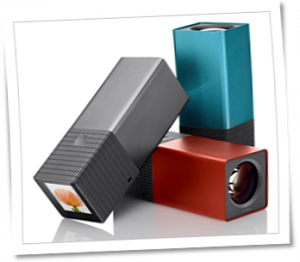 It is easy to say that we are “standing at the crossroads.” Occasionally it’s even true, but the expression sounds so important, it evokes such responsibility, that it’s hard for scientists, technologists, journalists, historians, economists, and futurists to hold back the urge, even if the decision to be made is minor, the outcome arbitrary.

So recognize that it is with a full understanding that I say to you, right now, we stand at the crossroads of creativity. We’ve stood here before, we will stand here again, but I can say categorically that we stand here now and it is an important and exciting time to be a photographer.

To our left lies the path toward a technological utopia, a world where anything can be achieved in post-processing, where your creative vision can be phoned in from the desktop. On October 19th, Lytro announced the release of the Lytro “light field” camera. A digital camera smaller than a TV remote that allows you to take a picture and choose a focal point later. 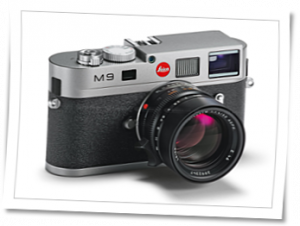 The Lytro camera adds “focal point” to the list of characteristics that can be changed through software long after the photo has been taken. Among those are now white balance, tone curve, color balance, overexposure (to a degree), lens distortion, and likely more that I’m having trouble coming up with right now.

To our right lies the path toward a simpler time, toward the nexus of art and craft where technology assists in some small fashion the mind and hands of the artist, whose vision is crisp and whose execution is informed by experience. In September of last year, Leica released their second digital camera, the M9, a camera with so few features it seems, at first glance, a cataclysmic engineering gaffe.

The M9 is an 18 megapixel digital camera with no auto-focus, no single-lens reflex or through-the-lens view, and a metering system that barely qualifies as a “system” at all. It essentially puts a NASA-quality full-frame 35mm sensor behind a camera from the 1950s.

Though these two events do not precisely coincide on the calendar, they are so perfectly juxtaposed as to appear planned. The Lytro asks a photographer to think less–about focus, at least–and provides the software tools to create images with perfect focus. The Leica M9 asks a photographer to take back the responsibilities that have been held firmly by technology for the past decade or more and gives the photographer nothing beyond exquisite glass and one of the best digital sensors on the market.

Creativity has never been, and surely will never be, stifled by progress. No tool, not even the Lytro, can extinguish the creative spirit. Light field technology joins the ranks of tools like RAW format and Photoshop, neither of which suffocated any artist that I know of. Quite to the contrary, precision has historically led to new frontiers of expression as Ansel Adams demonstrated by forming his f/64 group and defying the unfocused, painterly style prevalent at the time with his staggeringly sharp and detailed images.

Nevertheless, and at the risk of sounding unintentionally critical of Ansel Adams, there is always a human element in art and the less you can perceive of the craft, the further a work creeps from an embodiment of human spirit to a science of human mind. Surely an image of social gravity executed with infinite precision, lacking nearly any flaw, is nevertheless the vision of its creator. But is content, devoid of interpretation, the sole measure by which expression should be judged?

The Lytro camera is a tool that frees the artist from one more shackle, but does it also take away one more opportunity for the artist to express their humanity?

The Leica M9 is a tool that says to the artist, Realize your vision, control for yourself nearly every aspect of your work’s creation, and when you fail to perform at the level of a machine, burn the machine. It is a camera for those who see beauty in the flaws, and there is a purity and a nobility to that.

Descending from the clouds for a moment, I should also mention that the Lytro camera is now on sale for about $400 ($500 if you want it in bright red), and that the Leica M9 can be found for almost $7,000, without a lens. I mention this because I expect people to call me out for comparing apples to oranges. Believe me, I already know.

But you don’t have to take my word for it: