Photoshop. The program that became a verb, a lifestyle, an indispensable tool. The first time I ever used Photoshop, it didn’t have layers. Now it feels like the third hand I never knew I wanted but couldn’t reasonably live without. I have used it seriously and continuously since version 4 and as much as I love free and open source software, there is absolutely no replacement for it. 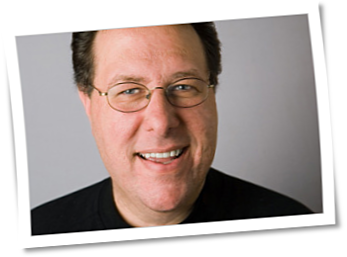 Few people in the world know any of this better than Scott Kelby. As the president of the National Association of Photoshop Professionals (by the way, you know your software is influential when a 70,000-member association springs up around it), he is intimately in touch with the pulse of the Photoshop user and the photography industry.

As a sidebar here, let me just say, from my personal experience through the years, that Adobe is a stand-up company, at least as far as publicly traded software companies go. This article is not meant to be open season on Adobe. I believe Photoshop Lightroom to be one of the greatest tools any photographer has ever had access to, and little could change that at this point.

Nevertheless, sometimes publicly traded companies make strange decisions. Strange as in, well, let’s just come out and say stupid. Stupid decisions. Such as Adobe’s recent decision to change their upgrade path for the upcoming version of Photoshop and Creative Suite (of which Photoshop is a component). The next version, which will ostensibly be 6, will no longer be available at an upgrade discount to users of any version prior to 5 or 5.5.

In other words, if you wanted to upgrade from Photoshop CS4 to Photoshop CS6, Adobe would essentially say to you, at least to the extent that a multinational corporation can speak, “No.” Or maybe it would use a more casual phrasing, like “No way, Jose!”

Adobe has always offered upgrade pricing for each new version of their software and, with few exceptions, if you had a valid license for a previous version you were eligible to upgrade to whatever the new version happened to be. Now, not so much.

To our aid, as though through the clouds like a spandex-clad superhero, flies in none other than Scott Kelby with a politely but firmly worded open letter to Adobe asking them to establish a more, how can I put it, reasonable upgrade path that accommodates folks who have been loyal and valuable customers to Adobe but who couldn’t see through to purchase Creative Suite CS5 or 5.5 because, let’s be honest, it’s freakin’ expensive.

If any single person out there holds enough sway with Adobe to really get something done about this, it’s Scott. One time, and I don’t mean to gloat or anything, but one time, Scott linked to an article here on my blog in a very routine “link round-up” article on his blog, and on that day alone I received over 2,000 unique views. It was a good day for me, personal victories, and all that.

What I’m saying is, people listen to him, they respect him, and that’s just us regular Photoshop users and photographers, the unwashed masses of the Internet. People inside of Adobe listen to him, too. We’ll soon find out, though, what that really means…