If you are serious about photography, you should answer this question very carefully: Is eight bits of color depth enough? Today I will uncover some truths about bit depth; explain what it means, demonstrate what it can do for you, and answer the question that gets so many photographers hot under the collar: 8-bit or 16-bit?

It’s never as simple as it sounds.

What Is Bit Depth?

If you already know what bit depth is all about, you can skip this section. Without getting into too much technical detail, bit depth describes how many colors (or shades of gray) an image is capable of storing (for the sake of simplicity, I will be discussing grayscale images in this article). Eight bits of color depth means that an eight-digit binary number is available to store the value of each pixel in the image ((In a color image, eight bits are used to store each of the red, green, and blue values for each pixel, which is why you sometimes see images referred to as “24-bit.” An 8-bit color image and a 24-bit color image are the same thing.)). With eight digits in binary you can count up to 255. Including zero, that gives you 256 available shades of gray for each pixel in an 8-bit grayscale image. Zero is black and 255 is white. Making sense?

The Case for More Depth

If all cameras captured images with eight bits of depth, there would be no debate; converting from an 8-bit image to a 16-bit image doesn’t do much for you, as I’ve casually proven in a few tests (which I won’t bore you with). However, cameras that capture in RAW format (which includes basically all DSLR cameras today), capture about 12 bits per pixel of data ((That means 12 bits each for red, green, and blue per pixel, roughly, but the specifics of different sensors and the exact math is not important for this discussion.)).

The savvy among you will already have thought, But 99% of printers today can only output eight bits, so who cares! You are correct.

The trick to this bit depth discussion is that you don’t need the extra bits to print your image. In fact, if you took pristine photos in 8-bit JPEG and printed them without ever touching a pixel, you’d be fine; you’d lose nothing. But I suspect most of you are photographers and you know that post-processing is increasingly important, if not necessary. It is for the editing that you need more bits. Let me explain why.

The Bit Crusher (aka Photoshop)

When I was discussing histograms, I mentioned in passing that making changes using e.g. levels or curves causes Photoshop (or the editor of your choice) to expand or compress the range of tones in the image, redistributing their values.

That sounds a lot more complicated than it is, which is why I like to use illustrations. Below, you will see a very subtle gradient that proceeds from a gray value of 90 on the left to 160 on the right. As you should be able to tell, there is no pure black and no pure white in this image.

In the 8-bit space, if I use levels to expand the tonal range of the image, you will see that a lot of dithering and banding occurs. What Photoshop is doing, very simply, is making the gradient start at a pixel value of zero and end at a pixel value of 255. The values of the intermediate pixels are then redistributed.

If you look closely at the image below you will see that the results aren’t too great, and it’s because there are a limited number of gray tones to choose from when averaging out the intermediate pixel values.

Here is the center area of the above image scaled by 300% so you can see exactly what’s going on.

So what happens if you have 16 bits? To find out, I created a 16-bit image exactly the same size as the ones above, drew an identical gradient, and performed the same levels adjustment (numerically, to be sure it was done precisely the same way). Because Photoshop has 256 times more gray values to choose from when redistributing the intermediate pixels, the gradient still looks pretty nice. In order to show you the result, I had to save it as an 8-bit JPEG, but as you can see below, converting to eight bits after doing the edit produces a noticeably better result.

Again, here is the middle section of the above image scaled to 300%.

I have racked my brain for a couple of days trying to come up with a lucid explanation for why editing in 16 bits and converting to eight produces a better result than editing in eight bits directly, but I’m no mathematician and regardless of the mechanics behind it, this workflow obviously delivers.

Putting 16 Bits to Good Use 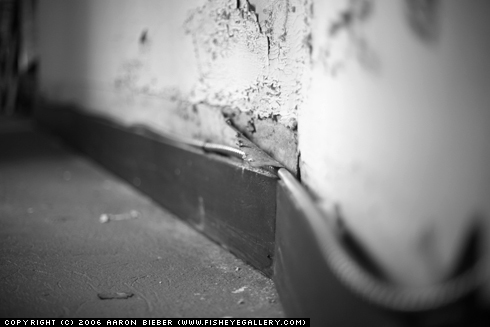 I spent a good deal of time putting this article together and building these examples, and I think I’ve proven almost without a shadow of a doubt that editing in a 16-bit space is noticeably beneficial. So you would probably think that I have a hard drive full of 16-bit Photoshop files, but you’d be wrong.

As I hope I have demonstrated in the examples above, 8-bit files are most vulnerable to what I call “broad tonal changes,” which describes levels, curves, or any adjustment that expands or compresses your tonal range. These are the types of edits that would cause your 8-bit histogram to be divided into many separate lines, as I showed in my histograms article. For that reason, those types of edits should be performed in the largest bit depth possible within your workflow to prevent banding and aliasing.

I like to make my broad tonal changes with the Develop module within Lightroom while the file is still a native 12-bit RAW. Once the histogram is compressed or expanded to my satisfaction, I will drop it into an 8-bit PSD for local edits if I have to, and save it that way. If, somewhere down the line, 16-bit printing becomes the norm, I can always re-process those files as 16-bit PSDs and print them. Somehow, though, I think I’ll be on to bigger and better things by then. One can hope, at least, right? 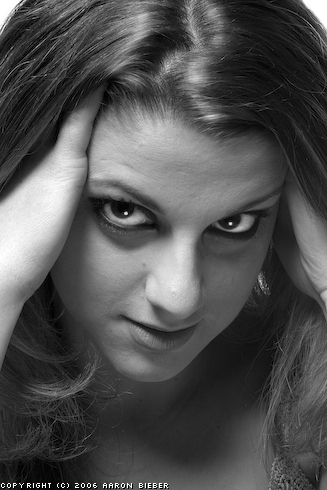 The 8-bit versus 16-bit debate is one steeped in personal preference, and somehow has mutated into a rather divisive topic. I hope I’ve shown that no matter what your workflow preferences may be, you can benefit from the flexibility of 16-bit editing without filling your hard drives or waiting for your computer to crunch huge files.

I’d love to hear about your personal workflow preferences, too. Just leave a comment or drop me an e-mail!